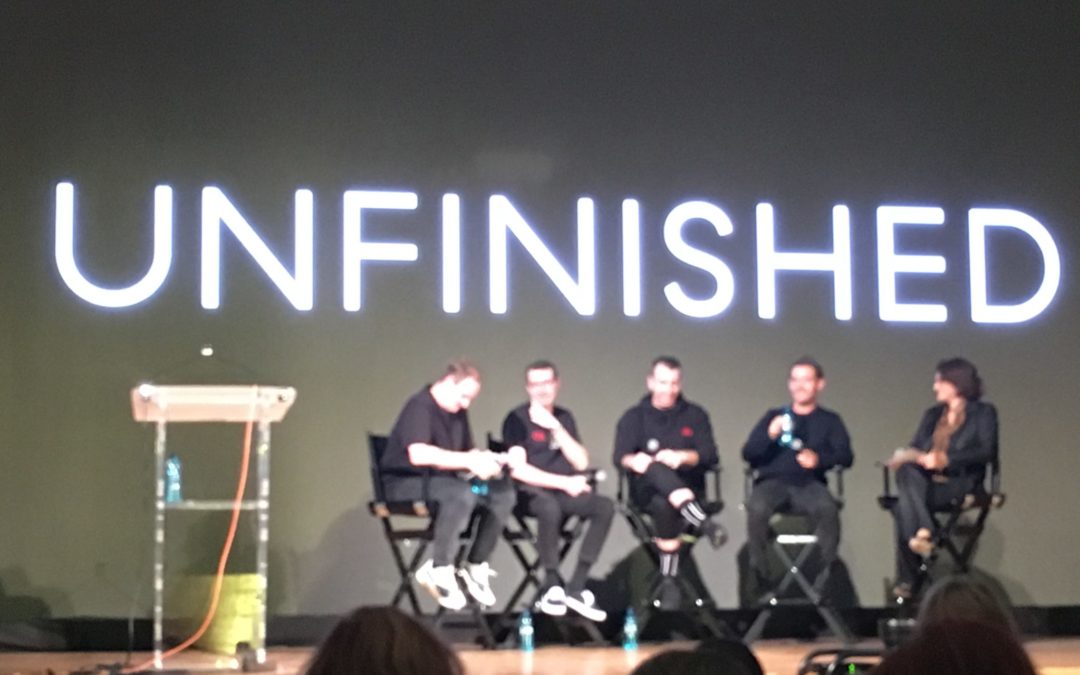 How to pitch with 2% success rate and not lose it

I’ve been sitting on this for way too long but somehow, this will see the light of day. Today.

Does that recall anything? Feet up on the desk, I stare into the screen and occasionally peep out the window at the seagull floating by. I can’t help a “lucky bastard” or two.

He deserves it, by the way, for making it look absolutely effortless.

The thing is, I have no clue what to with it. It’s probably why I sat on it. Waiting for some grand idea to make this happen.

And then I went over the notes again and decided to take Joel’s medicine.

“Go somewhere for an hour and come back with 100 ideas on what to do with it.”

I’m doing this right now, just so we’re clear, while I’m hoping my body will go into ketosis (it most likely won’t, but let’s not get discouraged. Writing is hard anyway.)

Joel, just so we’re clear, is Joel Evey as in the creative director of Gap. I met him last September when he was in town for, mind you, an idea festival. They exist and they’re actually a good idea. Like TED without the hat.

This one – Unfinished – drew a neatly curated crowd.

Corporates looking for a breath of oxygen, creatives mingling with youtube stars, the last batch of entrepreneurial successes stating it with or without help from the Tom Ford jacket. And the understated brainiacs.

I’m missing a lot. But six months later, I’m allowed. I can’t even remember if Joel was the one with the statement striped socks.

Joel has ideas for a living. And when you do that job, I’ve learned, there’s got to be something better anchoring you into results than inspiration and brain.fm. (Not a commercial placement. I learned of it in Tim Ferriss’s podcast and tried it. It does a decent job keeping me glued to the chair.)

How does Joel do it, though?

“You get really good at the sell. And you stay at the edges because that’s where you develop the idea,” he said in the panel session.

How is the obvious question, which is why I went after him with it.

So then maybe you only show one or two ideas, but you’re going to have a hundred first. And most of them are going to be trash.

Yeah, just write them down like, just have any idea off the top of your head and that’s going to train you to iterate really fast.

But a few of them will be good and I want to like be able to have the lens or the focus or the intentionality, say, like, here’s the three good ones. Let’s work on this a little more.

I’m going to iterate on it a little bit. Okay, I’ve had all my ideas. All right. Now I’m going to try and like pull some reference images for it or start making, like, comps and make some, like, design, just do a few treatments.

Then you look at it again and you’re like, which one of those is strongest and then you’re like that’s the one I think is really going to work, and then you make it a little more, and a little more, and eventually you, like, get better and better and more confident with yourself, like, that process will get shorter and shorter and it seems less daunting because eventually you don’t even have to write a hundred ideas down, you’ll just have thought through them in your head and you’ll be like, I do this I, can do this, I can do this, and eventually then you sort of just start with the three and then you make the one.

If you train yourself to think that way, the idea has become less precious, but they become more valuable because you’re not like, this was my first idea, it really has to be this. I’m really inflexible if it changes.

I can’t do it because that doesn’t really happen in, like, real client culture.

It’s always going to change so you wanna be able to say okay I’ve had the idea. Now, how do I shift it? How do I change it?

You know, like, as the generation of ideas gets faster and faster, it’ll get easier and easier and then I’ll get more and more flexible and you can kind of put things together.

[And] they’re compelling and overarching.”

Then we went into podcasts and books. I got on Philosophize This ever since. Am still to go into “The Dialectic of Enlightenment.”

For my money, the cherry on top was when he explained what glued his choices all together.

Why is something cool versus it’s not cool. Why is it like trendy versus not trendy?”

How does that even happen? As with the 100 ideas, as you go about your regular idea pushups, “there’s this other part of like developing your instinctuality when you look at something, you’re just, like, that’s cool.

And I think a lot of times it takes a little while to build up that skill, but you want to just have tuned your personal taste so much, and I’ve looked at so many blogs, and looked at so many things where you’re just, like, that’s intrinsically amazing.

I know the reference points. I know why it exists. This is a cool thing.”

Just in case you catch me perusing Vogue or Wisecrack on youtube on a deadline, I’m sharpening my inner blades. Joel does it too. His playground’s design. Mine is words.

No worries, you don’t have to teach yourself to me. I pick that up.

Will plug in and download the chip of who you are. Your matrix.

I take you, boil it to the balsamic reduction of you and give you the copy.

To be fair, I picked some of these from Jill Kargman. I have not read a word she wrote. But saw a nice video of her apartment on youtube.

Yes, I was on a deadline.