On engagement, with delicate instruments

I just stepped onto the set of George Michael’s Freedom, Cindy Crawford at my feet, arms over chest in pop icon bathtub pose. Meters away, Linda Evangelista stretches against the wall, looking to the side, just like in Michael’s music video. Or Madonna’s. I can’t decide. This Cindy Crawford, though, is blonde and does pretty convincing soprano sprints and Celine Dion reprises. And there is no bathtub. Only the vast, carpeted, echoey lobby of the Omnia Hall. It’s also quite cold.

There is a pace to the action, too. Five performers cover the entire perimeter, moving from statuary groups to insular action, declaiming, reciting, dancing, singing and interpreting for the non-Romanian speaking audience. It takes me a while to get into it, but luckily, of that, there is plenty. Delicate instruments of engagement plays on continuously for four hours.

I follow searching for meaning through a speech on the political resistance of Chile from a contemporary hero (whose name, alas, escapes me), a confounding book launch discourse from one of Romania’s ministers of agriculture, whose ineptitude sets the German tourists across the hall off in unrestrained laughter, a reenactment from Romania’s 1989 live revolution I’d watched on TV as a child, a Wailing Wall sequence where we are encouraged to release a secret into the confidence of one of the performers, and a human search engine inviting any question. I go for “orange” and get a motley of vitamin C stats, grandma’s cake recipes with orange zest, and references to Communist scarcity thereof. Another member in the audience tries on “notion,” and reboots the system. “Would you like to search another word?” replies a member of the engine after about a minute of silence. Not much is new, but the interaction is uplifting.

Actually, the interaction is where the performance, or whatever the precise definition is, does it for me. Eventually, I figure out I am witnessing a puzzle. But the kick is in understanding the puzzle moves with me. Or rather for me. Let me explain.

A performer invites anyone in the audience to participate in an artist’s installation. You will have your ears covered by the performer’s hands for over a minute, experiencing closeness and touch in a perfectly noninvasive way. Our eyes either do not meet, or, when they do, I am not provoked in either way. The human installation is there to serve me. Later, the said Cindy Crawford, i.e. Paula Gherghe, delivers Titanic’s “My heart will go on” eyes glued on me throughout. Embarrassed at first, I just let go and take it in. It feels like an act of generous acknowledgement of my presence.

And of course, the first reason of all: the action is structured in four parts. Upon each completion, anyone in the audience is invited to choose a new beginning, and the flow goes on. I go for the covering of the Guernica tapestry at the United Nations during Colin Powell’s speech, advocating for the American intervention in Iraq, in 2003. The options are Erdem Gunduz’s “The Standing Man” passive resistance protest back in 2013, the “Confused Travolta” meme and Rembrandt van Rijn’s “The Abduction of Europa,” painted in 1632, but in this context, more of a pretext for meditation on nationalistic threat.

It actually feels like a human version of the online world, with functions structured along the same principles of interaction, with calls to action with one or several options. Would you like to search for a word? Would you like to choose your next story, better yet be a part of it? Would you like to post something anonymously? Would you like us to read or play something for you? Just click. Or say so. Alexandra Pirici has reenacted the internet. And it is a rather delicate subject in nature. Revolutions have resulted off it.

“The work is not a “performance,” rather an “ongoing action,” says a seriously overbooked Pirici, engaged, ironically, online. “Delicate Instruments…..” re-transmits a mix of pop culture, art and politics in various dramatics the audience can select from.”

Maria Mora, one of the performers and a self called product of CNDB, gives a sneak peak into the creative kitchen. “The performance is multilayered, also an endurance exercise, you must be physically and psychologically fit to take it on. It becomes repetitive and you see yourself better, perhaps today your voice is weaker, it’s a rather meditative exercise, rather minimalist and clear. Nuances arise as you feel the medium, the country. In Russia, we had a super empathetic audience .At the Wailing Wall people lined up to each one of us. They were speaking in Russian and it was not really about secrets, but an exercise to see what it’s like to talk to us. Nobody came in Germany.

The audience is very important. Observing has become an almost scientific discovery for me. When the audience steps in, the whole work is transformed. We try and play with the space, get them out of the passive mode, where they come in, sit on a chair and wait for the end. That’s why we play with the zero point, when our face is turned to them. We move further and closer, to get them to move.”

Alexandru Paul “liked it, although I can’t say why, I think it was more of a mood thing. At first I couldn’t understand, but then I did and it even moved me. Maybe it’s theatre, maybe it’s dance, it’s a performance actually. [The question to the human search engine on Alexandra Pirici] was a trap I set for them, but it did not work, they were circumstantially OKish. I came in a bit reticent, many times I am bored and/or aggressed by this kind of performances, but this was good, it did not tend to aggress me, to confound me.”

*Text written with the occasion of the Contemporary dance season CNDB – Bucharest in movement, 2017.

If you’re serious about standing out from the competition, you should download my guide for your next great product here.

Go through the motions even for a product you’re offering now. Lots of a-has and how-tos will pop up.

Thank you for reading this.

Just what the doctor ordered for smooth pitching, clarity and a-ha moments. 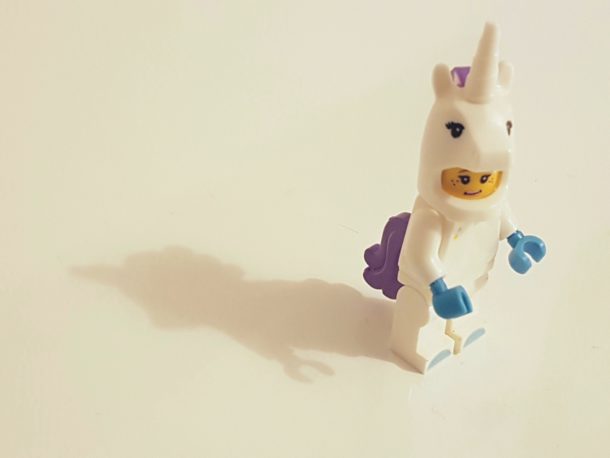 that cracks the #1 question

Because your next great product (and its website) needs more than your great idea.

It needs to answer one almighty question.

You got it! Check your inbox.

Ready to have them at hello?

Get my tutorial on how to streamline your content.

My 7 black-belt tips will boil your ideas down to yum copy sauce reduction.

Hurray, you've got the best kind of mail! The one you actually love to read.